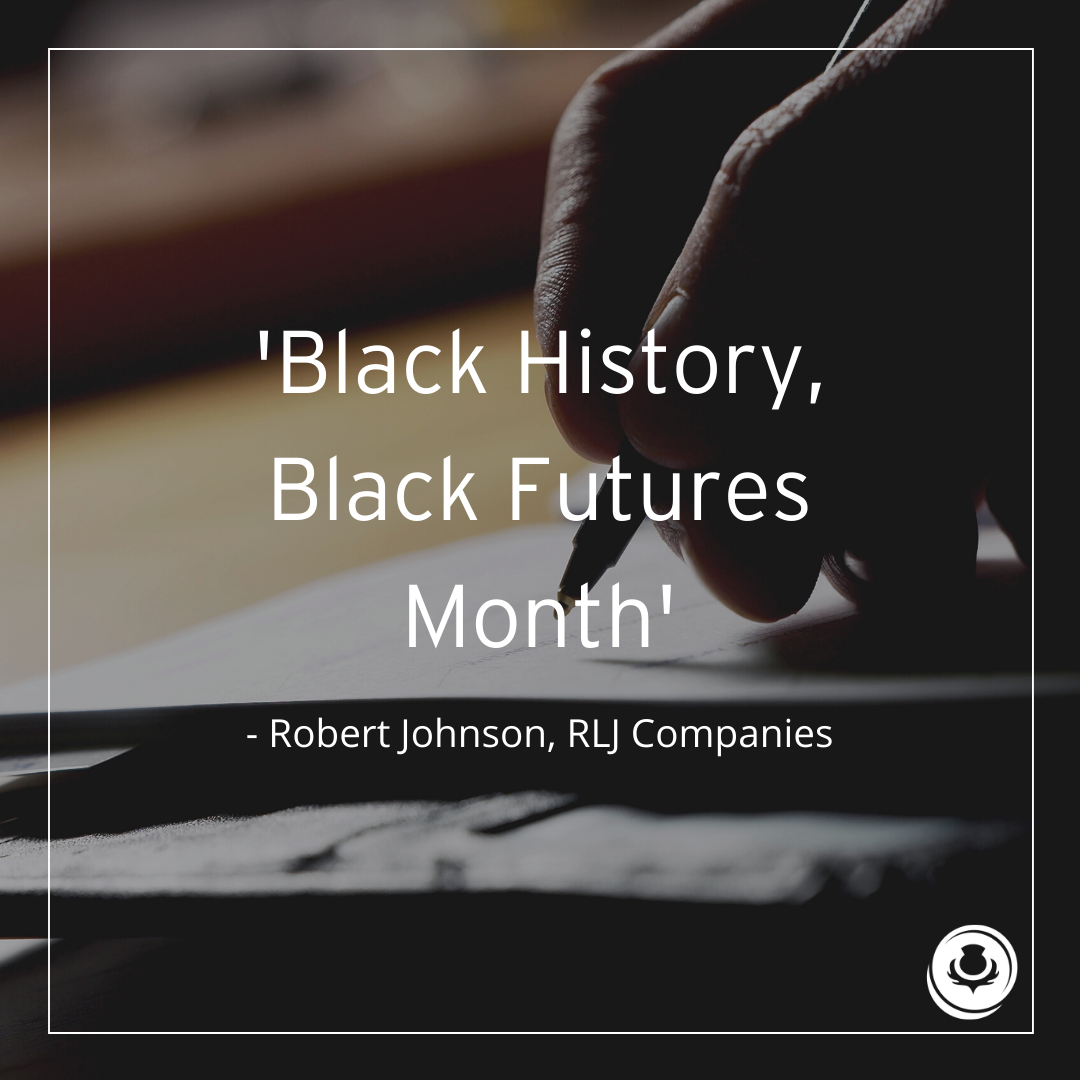 I listened intently yesterday to the incredible Robert Johnson of the RLJ Companies as he was interviewed on CNBC’s Squawk Box. Mr. Johnson, the creator of many businesses within his empire is a true visionary, pioneer and entrepreneur and is widely known for creating the TV channel BET in 1980. In 2001 he became America’s first Black billionaire. An inspiration.

Much in the same way as we would often describe a rear-view mirror as being smaller than the windscreen for a reason – namely, we must see and acknowledge what’s behind us but spend a huge amount of time focused on what’s ahead of us, Mr. Johnson spoke about changing the month to ‘Black History, Black Futures Month’. I love that.

It’s critical we don’t deny history and we study and recognize Black history, but Mr. Johnson rightly says what’s critical is placing a greater emphasis on ‘Black futures.’ As we all work towards a better, balanced, and equitable America, discussions need to become realities where we are talking about racial wealth divides and instead of constant stories of “great Black achievements against the odds,” he stated – “Now we need to start talking about what could Black people contribute to this country if they had a future as bright economically as the future is for White Americans.”

As many of the readers will know, one of the major inspirations to me in my life was Nelson Mandela. I was so fortunate to meet and be around him when he met visiting global leaders and dignitaries at Cape Grace in Cape Town SA when I was General Manager. Fortunate doesn’t even begin to explain. It was life changing. Every time he walked in a room; the energy changed. I got goosebumps. What he did for South Africa and his lifelong fight for freedom and equality, becoming President was nothing short of superhuman and unparalleled. The USA have incredible leaders, both past and present that did and are fighting for change. With a new administration and a new day dawning, fresh off the worst global pandemic of our lifetime, there has never been a greater opportunity with such a spotlight being shone to make progress stick!

Valor, as a global company; and with a huge sub-Saharan and Southern African base, have for many years now, believed in and fostered Black entrepreneurship and worked within communities to offer far greater opportunity. The USA has an opportunity now to act and deliver on years of promises, and through several company initiatives, programs, and community partnerships, we plan to be part of that change!